Karachi Kings is a professional T20 cricket team that plays in Pakistan Super League and represents Pakistan’s Karachi city in the tournament. The home ground of Karachi Kings is Naya Nazimabad Stadium. This is the most expensive franchise in the competition as ARY Media Group bought it’s franchise for 26 USD million for a 10-years time period. “Dilon Ke Badshah’ is the official slogan of Karachi Kings.

On December 21, 2015 the official team and logo was unveiled by Karachi Kings franchise owner Mr. Salman Iqbal. The logo features roaring lion in golden and blue color. Team name was written just below the lion as shown in the below image. 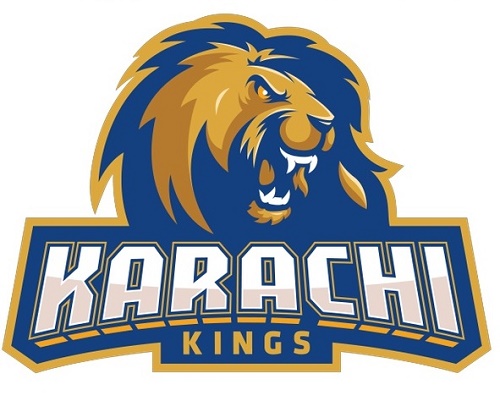 The team jersey for Karachi Kings was revealed during an event in which top players like Shoaib Malik, Sohail Tanvir and more cricketers were presenting wearing the kit. The team dress features the logo of team and roaring lion is designed at the bottom of shirt and trouser also gets lion featured.

Let’s have have a look at the completed squad and players list for Karachi Kings in 2017 PSL twenty20.