Ireland booked their spot at this year’s T20 World Cup with a comfortable 56-run victory over hosts Oman in qualifying on Tuesday, as the United Arab Emirates also secured a ticket to Australia. 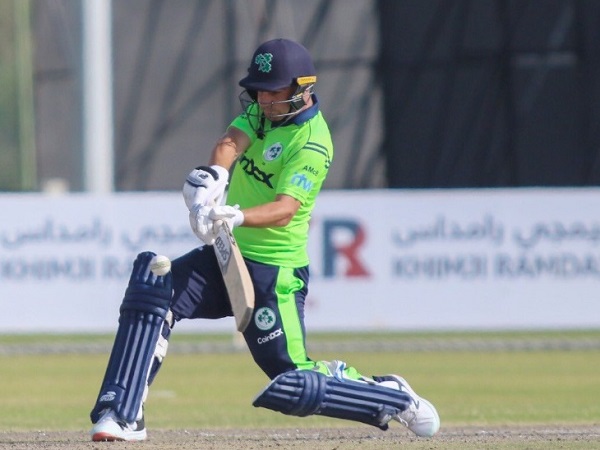 The Irish will be making their seventh straight appearance in the showpiece, having only missed the inaugural edition in 2007.

Andy Balbirnie’s side made a shaky start to the Global Qualifier A event, losing their first game last week to the UAE, but bounced back with successive wins to reach the semi-finals.

With the two finalists to qualify, Tuesday’s last-four game was a winner-takes-all affair, and Ireland made a strong start, posting a challenging total of 165-7 after Oman won the toss and opted to field first.

But Gareth Delany struck 47 from 32 balls, before Andy McBrine added late impetus with a 21-ball 36.

Oman, who had qualified for the last two T20 World Cups, never got going with the bat and were bowled out for 105, as Irish spinners Simi Singh (3-20) and McBrine (2-24) took five wickets between them.

It was a similarly one-sided game in the other semi-final as the UAE beat previously unbeaten Nepal by 68 runs to qualify for the main tournament for only the second time.

Wicket-keeper Vriitya Aravind, who smashed 97 not out against Ireland and an unbeaten 84 against Bahrain, hit a quickfire 46 and Muhammad Waseem made 70 as the UAE posted 175-7.

Ireland and the UAE will join the 12 sides who reached the 2021 T20 World Cup ‘Super 12’ stage in the main tournament Down Under, which gets underway on October 16.

The final two spots will be decided at the Global Qualifier B event in Zimbabwe in July.