The 10th match of Vivo IPL 2017 has been scheduled to be played on 12th April between Sunrisers Hyderabad and Mumbai Indians. Both teams are coming into this match by winning their previous games as SRH beat Gujarat Lions meanwhile MI defeated Kolkata Knight Riders in an exciting final over thriller. 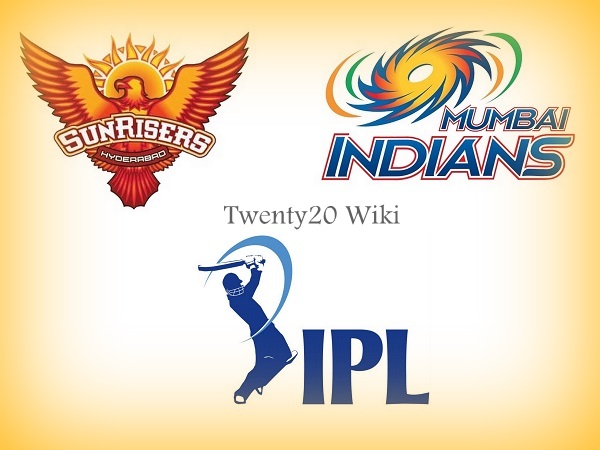 Title defenders Hyderabad have been playing like champions in the tournament so far as they beat RCB and Gujarat in their first two matches and will look to register third victory by defeating Mumbai Indians on their home ground. However it is not easy as two time IPL title winner, Mumbai is also in good form and they defeated KKR in their last game.

Mumbai has got some good young players like Kunal Pandya, Nitish Rana and Hardik Pandya who have fought magnificently well against Kolkata to seal team’s victory. Hardik was exceptional in the final four overs where team required 60 runs to win an all important match.

On the other side, Sunrisers have been doing great as their batsmen and bowlers are in top form. Young Afghanistani bowler Rashid Khan has bowled pretty well in two games that helped the side to restrict opposition from scoring runs at good pace. Warner, Henriques, Yuvraj are in splendid form.

Mumbai Indians won their last IPL 2017 match against KKR on this same ground, hence team will be favorite to win against SRH in home conditions. As per our predictions, they have got 65 percent winning chances over Sunrisers.

The predicted score at Wankhede stadium while batting first is projected to be 170-180 as pitch and wicket favors the batsmen. So win toss and choose to bowl first as it will be easy to chase down target.