Pakistan are scheduled to take on Sri Lanka in the first Twenty20 of three-series beginning from 26 October, 2017. Sri Lanka was superb in the test series as they won it by 2-0 meanwhile Pakistan made strong comeback in One-Day International series to white-wash against Lankans.

As the format of game reduces to 20-over, Sri Lankan team would be hoping that some hope would come to their camp as they were brutally thrashed in the ODI series and faced off a whitewash. Thisara Perera side has to take their game to the next level to beat inform Pakistan side which is quite impressive in past few months.

With Mohammad Hafeez’s return to the T20 side, is really a good thing Pakistan can have. But he’ll not be able to bowl as his action is reported to be illegal during second ODI of the series. So in the batting department, he’ll be key player for Sarfraz Ahmed. 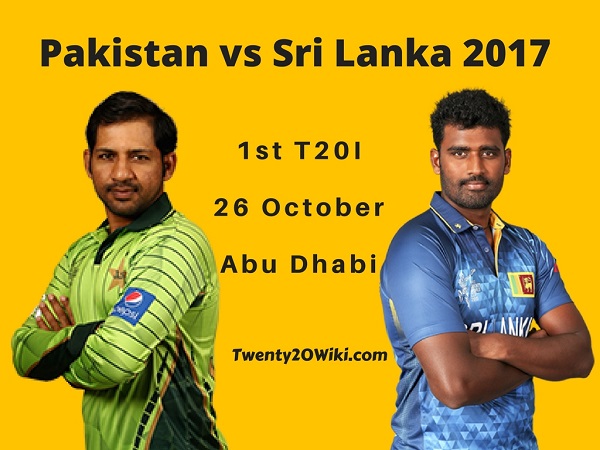 The pitch at Abu Dhabi looks quite impressive and batting paradise. We can expect high scoring game on Thursday evening. We can see big sixes and fours all over the park. The projected score could be 170 runs while team batting first.

Pakistan t20 team looks strong than Sri Lanka and Men in Green will be favorite to win against Lanka. As per our predictions, Pakistan have got 60 percent winning chances.