The first twenty20 cricket match of 2016 Pakistan vs West Indies series in United Arab Emirates is all set to take on 23rd September at Dubai International Cricket Stadium. Pak vs WI 2016 1st T20I live cricket match has been scheduled to begin at 16:00 GMT, 20:00 local time and 17:00 BST.

India based viewers can tune to TEN Sports channel to watch live telecast of first twenty20 match between West Indies and Pakistan from 9:30 PM IST on 23rd September.

Tourists West Indies are coming into the series after winning against India by 1-run in a two match rain effected series played in Florida. The Caribbean side got major blow ahead of the start of series as star all-rounder Andre Russell has left the team as he’s got summon regarding doping issues. Head Coach Phil Simmons is also sacked from his duties. 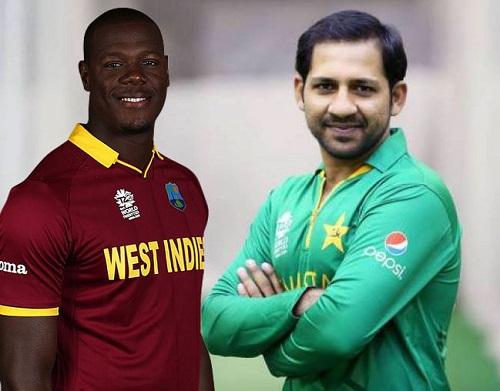 Chris Gayle is also not in the side as he is facing some injuries. Skipper Carlos Brathwaite will be looking to maintain his winning record good as the captain of side. Although he led the side in only one t20 match so far which was against India last month. West Indies side is heavily depending on prime spinners Samuel Badree and Sunil Narine who played crucial role in 22-run victory over local side in warm up match.

Kieron Pollard, Dwayne Bravo and Marlon Samuels have to play well as all-rounders in the side and support their skipper Brathwaite to perform good against dangerous Pak team. Andre Fletcher and Nicholas Pooran have to bat well at the top of order.

On the other side, Men in Green Pakistan are looking to improve their performance in the sport to get prepared for upcoming world class events in future. Pakistan played well against England but couldn’t deliver as expected. Captain Sarfraz Ahmed has already motivated his players and asked them play fearless cricket against world t20 champions West Indies.

Umar Akmal has returned to the Pakistan team and once again huge hopes from him to perform well and make his position confirm for future tours and series.

World Twenty20 champion West Indies looks favorite against Pakistan in the first game of three t20s. WI has got 55 percent winning chances over Pak on Friday in Dubai Stadium.

The live cricket score of Pakistan vs West Indies 1st twenty20 match 2016 will be provided by espncricinfo.com and cricbuzz.com.