Winning their first two games West Indies team will be looking to win the third one and seal their berth for semi-finals in world t20 2016. But but but, they are up against a big team and that is South Africa. Proteas have won only one game in played two matches which was against Afghanistan. Hence Proteas will definitely be looking to get victory against a big side like West Indies.

Before the start of tournament, South Africa would have never thought of that they would lost the match after scoring 229 runs and in another game Afghanistan would score 170+ runs against their energetic bowling. Proteas are really struggling with their bowling and if they fail to improve it now, they might get return ticket for home on Thursday. 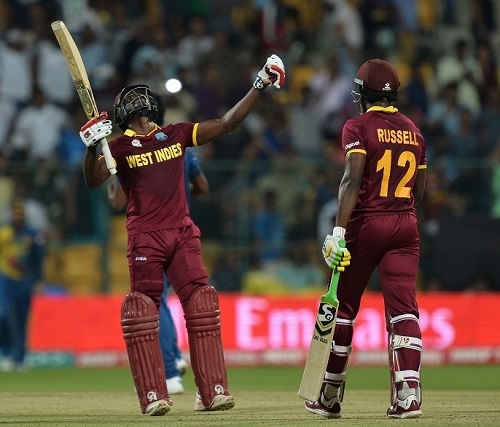 West Indies are in terrific form and won first two games easily versus England and Sri Lanka. Andre Fletcher’s match winning inning in the last game against Sri Lanka and before that Chris Gayle’s hundred against England, can really be morale booster for the Caribbean team against Proteas. West Indies will definitely be looking to score good against South African bowling which is quite expensive in the competition so far.

South Africa have to bowl very well to restrict a destructive batting line-up. Faf du Plessis and team management dropped Dale Steyn and brought Wiese in the side and they can go with the same playing XI against Windies. Steyn is not in good form and it is better for the team to make a right combination before going into semis if qualify.

Check: How to watch SA vs WI live streaming

South Africa will be favorite to win and they have got 55 percent winning chances over West Indies.

Previous: Akram and Sarfraz to lead Pakistan cricket after wt20
Next: India beat Bangladesh by 1 run in close wt20 contest