The final of IPLT20 2016 is going to be played tonight between Royal Challengers Bangalore and Sunrisers Hyderabad from 8:00 PM IST. The live RCB vs SRH cricket match will televised and stream live online through various broadcasting networks. To watch live streaming, you can checkout this guide to know your country broadcasters for Indian Premier League 2016 final.

How to watch live 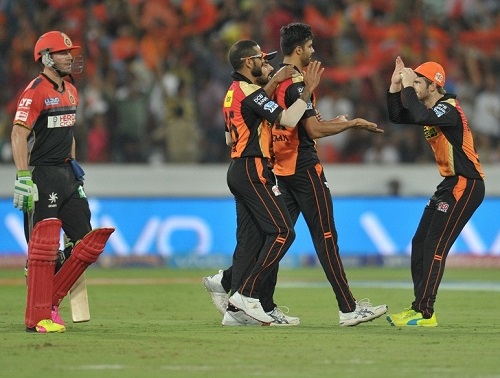 The live coverage of Royal Challengers Bangalore vs Sunrisers Hyderabad can be watched on Sony Six, Sony ESPN and SET Max with pre-match show beginning from 7:00 PM. Live streaming will be aired on hotstar.com in India, so you can catch live action online too. Star Sports will also to air live t20 cricket Bangalore vs Hyderabad match on their official website.

United Kingdom based viewers will be able to watch the live stream on sky watch from 3:30 PM BST.

The complete list of broadcasting networks in given below for this SRH vs RCB IPL 2016 final.

Predictions: Royal Challengers Bangalore will be hot favorite to win Vivo Indian Premier League trophy and they have got 60 percent winning chances over Sunrisers Hyderabad.