The schedule of 9th edition of Indian Premier League has been declared and a total of 60 matches will be played throughout the competition. There are several broadcasting networks and television channels which will bring live coverage of Vivo IPL 2016. Tournament will be played from 9 April to 29 May across 10 Indian cities. 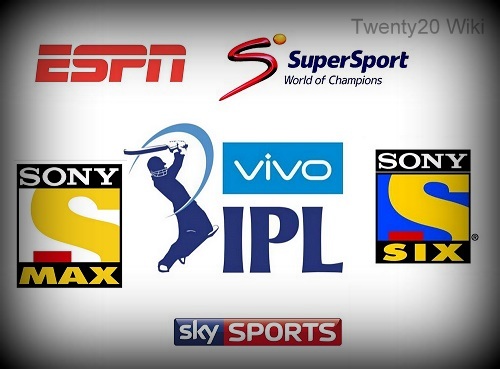 Sony Entertainment Television Network has got the global rights to broadcast Indian Premier League. This is India’s domestic twenty20 cricket league hence India based viewers will be able to watch the live telecast of all 60 IPL 2016 matches on Sony Six, Set Max and Sony ESPN.

The complete list of broadcasting networks for IPL-9 is given below.