Indian Premier League trophy’s maiden tour is starting from 19 March 2016 and Vivo IPL trophy to travel six Indian cities. This is the first ever occasion when IPL trophy will be traveling various cities across the nation. New franchise city Pune to start this trophy tour campaign from Seasons Mall on Saturday. The tour will end on 3rd April at Malad’s Infinity Mall in Mumbai. 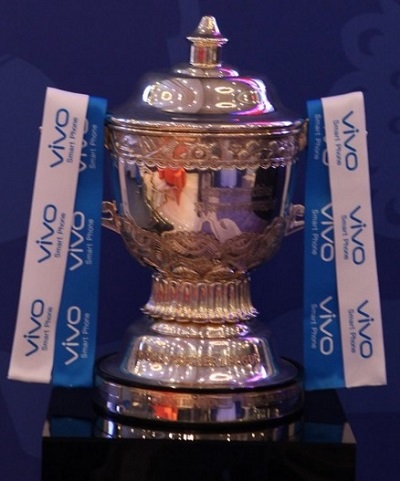 Apart from Pune and Mumbai, IPL cup will visit New Delhi, Hyderabad, Kolkata and Raipur. IPL Chairman Mr. Rajiv Shukla said, “This is the first ever trophy tour which will not only promote the league but will also give cricket fans across the country a chance to witness the trophy first hand in their cities. With new title sponsor Vivo on board, we are thrilled to embark on this exciting six-city tour to showcase the trophy.”

Have a look at the tour schedule of IPL 2016 trophy.