Vivo Indian Premier League 2017’s 24th match has been scheduled to play between Rising Pune Supergiant and Sunrisers Hyderabad today at MCA stadium in Pune from 4:00 PM IST. RPS vs SRH match-24 live streaming and broadcast can be watched on hotstar and cricketgateway from 10:30 GMT and 11:30 BST. 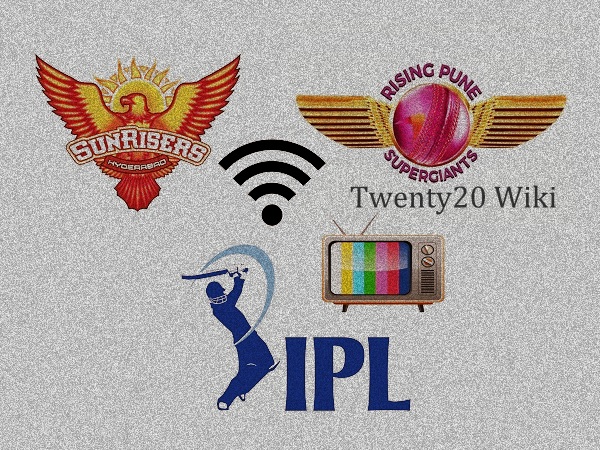 Sunrisers Hyderabad are in prime form and have won some close games against Delhi Daredevils and Kings XI Punjab. Title defenders will definitely be looking to register their 5th victory in the IPL 2017 season while playing Rising Pune Supergiant today.

Steve Smith will not be playing today for RPS as he is in Dubai due to some reasons. Ajinkya Rahane to captain the side. Faf Du Plessis will be playing crucial role for Supergiant as team has been struggling in batting. Bowlers are also a worry part of Pune team in IPL-10.

On the other side, Sunrisers Hyderabad have been doing great in both batting and bowling departments. All-rounder Moises Henriques is going well meanwhile Yuvraj Singh’s two wickets in the last game, has given Warner more bowling options.

Sunrisers Hyderabad are favorite to win today against Rising Pune Supergiant in the 24th match of Vivo IPL 2017. SRH have got 65% winning chances over RPS.

Sony Max and Sony Six to telecast live cricket match today from 16:00 IST in India. Meanwhile UK based viewers can tune to Sky Sports to catch live coverage of RPS vs SRH match.

Sunrisers Hyderabad vs Rising Pune Supergiant live cricket match-24 score and updates will be provided by iplt20.com, cricbuzz.com and espncricinfo.com.