A splendid all-round performance from Chris Greaves helped Scotland inflict an upset six-run win over Bangladesh in the second match of the men’s T20 World Cup at Al Amerat Cricket Stadium here on Sunday. Greaves top-scored in the first innings with 45 off 28 balls before taking 2/19 runs in three overs to seal a memorable victory for Scotland. 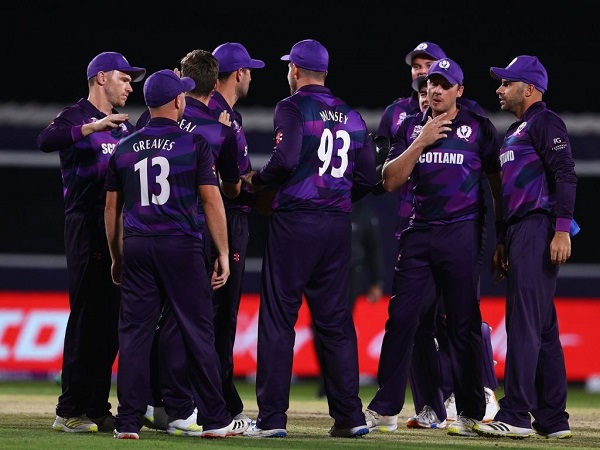 After making 140/9 in 20 overs, the Kyle Coetzer-led side used slower balls to good effect while bowling with discipline. In the field, they took their chances and were spot on with their fielding placements to restrict Bangladesh to 134/7.

Bangladesh made just 25 runs in the power-play, losing Soumya Sarkar and Litton Das for five each. Mushfiqur Rahman struck back-to-back sixes over leg-side off Michael Leask in the ninth over to infuse some momentum in the chase. Greaves struck with his first ball of the match as Al Hasan tried to pull but found fielder at deep mid-wicket. Greaves returned in 14th over to knock over Rahim’s leg stump with a googly sneaking past the attempted scoop.

Afif Hossain crunched three boundaries before holing out to deep mid-wicket off Mark Watt in the 18th over. Mahmudullah hit a four and six but, in an attempt, to go big, holed out to long-on off Bradley Wheal. Mohammad Saifuddin and Mahedi Hasan took three boundaries off Safyaan Sharif in the final over but it wasn’t enough to stop Scotland from sealing a memorable win.

Earlier, Scotland lost Coetzer for a seven-ball duck as Saifuddin rocked his stumps with a yorker. Matthew Cross and George Munsey stitched a 40-run partnership for the second wicket before Hasan took out the duo in a span of four balls. Three overs later, Al Hasan took out Richie Berrington and Michael Leask within three balls. Leask’s dismissal made Al Hasan the highest wicket-taker in men’s T20Is, going past Sri Lanka’s Lasith Malinga. Hasan returned in the next over to rattle Calum MacLeod’s off-stump to leave Scotland reeling at 53/6.

Greaves and Mark Watt counter-attacked with a 51-run partnership for the seventh wicket. Greaves began by reverse-sweeping Hossain for a boundary before dispatching a full-toss from Mustafizur Rahman with a switch hit. Watt provided support by swatting boundaries against Rahman and Al Hasan in successive overs. Greaves brought the half-century of the partnership with a thick outer edge over third man in the 18th over.

Though Watt holed out to long-off off Taskin Ahmed, Greaves continued the charge by cutting and slapping Ahmed for three boundaries. Josh Davey’s six off Saifuddin took Scotland past 130. Though Rahman dismissed Greaves and Davey on consecutive deliveries in the final over, Safyaan Sharif hit a six followed by a single to take Scotland to 140, enough to pull off a heist.