Scotland cricket have named the 15-men roster for forthcoming ICC T20 cricket world cup in India beginning from March 8, 2016. Preston Mommsen will be leading the Scottish team in the tournament whereas Kyle Coetzer is appointed the vice-captain of squad. 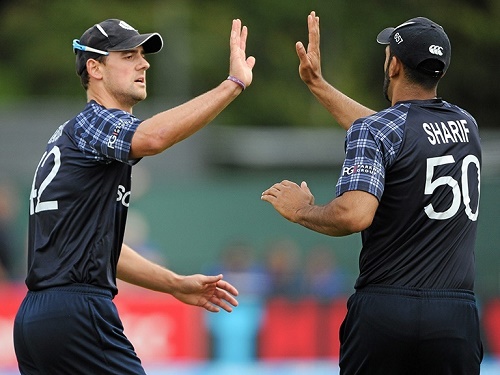 In a press release Cricket Scotland said, “Preston Mommsen will lead his side into three first round matches against Afghanistan, Zimbabwe and Hong Kong in Nagpur, alongside Kyle Coetzer who has been named as vice captain.”

The final world twenty20 Scottish squad consists fast bowler Gavin Main who missed Hong Kong and Dubai tours. Scotland head coach Grant Bradburn has said that selected team is quite balanced and we can give good challenge to our opponents.

He said,”It is great to be announcing an extremely strong and well balanced T20 squad for India. We have an excellent mix of youth and experience across the squad, with every player offering dynamic specific skills in this format.”

Let’s have a look at the Scotland squad for sixth world t20 championship.

Scotland are placed in Group B of t20 world cup 2016 in which they’ll be up against Zimbabwe, Hong Kong and Afghanistan cricket team to make way for super-10 stage in the event. Scottish team will play their first match of tournament against Afghanistan on 8 March in Nagpur.

The 15-member team will depart to Pune on 22 February for the training ahead of official warm-up matches against Oman and Netherlands.