Cricket South Africa have included injured fast bowler Dale Steyn in their 15-member squad for ICC World T20 2016 in India. Steyn has been recovering from shoulder niggle injury which he received after getting fit from groin injury. Faf du Plessis will be leading the Proteas team in sixth wt20 tournament schedules to play between 8 March and 3 April. 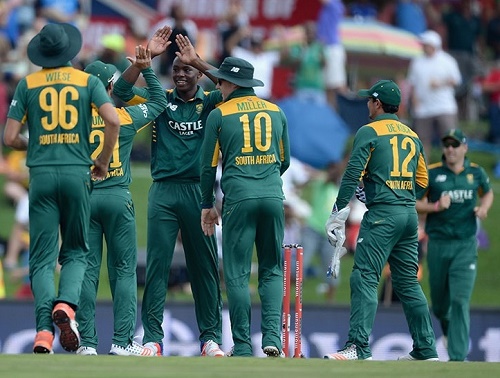 Faf du Plessis said, “The ICC World T20 is the competition that we have been working towards over the last 18 months. We have had disappointments in the past and this year is another great opportunity for us to lift that elusive ICC trophy. We have been playing together as a squad for some time now and are really hungry and motivated to put in the performances to bring us success. I’m really excited about the group of players who will be representing the country and hope we can make everyone proud.”

Coach Domingo said, “We take some confidence from our T20 series wins against Bangladesh and India and kept relatively the same players who have had success on the sub-continent. We have been playing good T20 cricket of late and this is our opportunity to showcase our skills at a World event. The upcoming T20 series’ against England and Australia will be the ideal platform for us to fine-tune some combinations and to hopefully gain some winning confidence ahead of the tournament next month.”

“We are in a tough group in the tournament with England, West Indies, Sri Lanka and a qualifier. All of the top six teams on the world rankings have the skill and ability to lift the trophy so it’s a completely open competition with high stakes,” coach added.

Proteas team is placed in group-1 of 2016 t20 world championship in which they’ll be up against former champions England, West Indies and current ICC World twenty20 champion Sri Lanka. South Africa will play their first match of tournament against England on 18th March. Team will also play one qualifying team from group stage of the event starts from 8 March.