South Africa are going to meet Afghanistan in their second match of T20 world cup 2016 on 20th March at Mumbai’s Wankhede Stadium. Proteas lost the first match after scoring 229 runs against and will definitely be looking what could be the possible target for next matches. Eventually Afghanistan fought well against Sri Lanka in their second roudn game but couldn’t finish it.

Afghanistan team had brilliant game against title defending champs Sri-Lanka but they were lacking a bit of experience playing against such big teams. They have been performing well in the competition and are desperate to register at least one more win the ICC World T20 this year. Eventually they are hoping to beat Proteas and even have got faith in themselves. 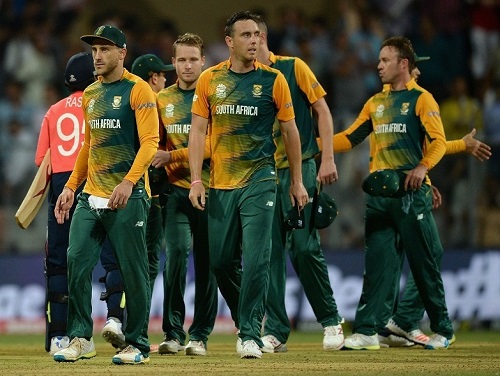 Afghani skipper Stanikzai said, “The Wankhede is famous for big scores and big targets so definitely, if one team sets a big total, the other team will be trying to complete it because the boundaries are not big. It will be a good game, but we hope we bowl well because our spin is our strength. We have a good spin attack, the leggie Rashid, Nabi a good offbreak [bowler], and Hamza the leftie, throughout the tournament they have bowled very well.”

On the other hand South African team will surely be looking to improve their bowling performance in the tournament and match against Afghanistan is a good opportunity for them to find the tune. Proteas opener Hashim Amla believes that Afghani team is playing good and SA is looking to display a good show against them.

Hashim Amla said, “You can’t take any team for granted. We saw how they played against Sri Lanka and in the shorter the format, the minnow teams are more in the running. We have to play our best players to beat them.”

South Africa are favorites to win and they have got 60 percent winning chances over Afghanistan.