This is the last match of super-10 stage in 2016 cricket world cup and both teams will be playing for their pride as result of Sri Lanka vs South Africa match won’t make any impact in the competition. Sri Lanka was title reigning champ in the event but losing last game against England, they are out from wt20 sixth edition. On the other hand Proteas who were favorite again but again they are knocked out from an ICC event.

There is nothing left in ICC World T20 2016 for South Africa and Sri Lanka as both sides have got already early exit from the event. Angelo Mathews and Company had chances in previous match against England and skipper Mathews had almost won it for the side. Tillakaratane Dilshan, Chandimal, Kapugedara, Thirimanne have to bat well if SL wants to win this final match to finish off things well. 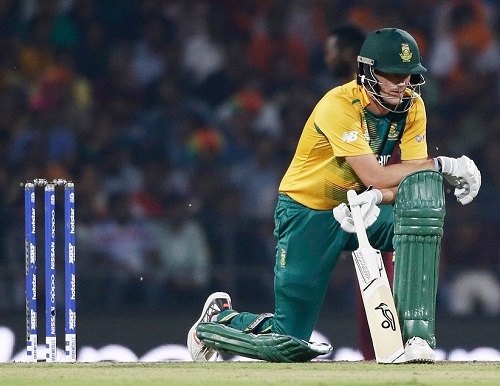 Sri Lanka was not favorite in this event but South Africa was and the way Proteas have played, they have really proven cricket geeks “Choke” theory regarding them. It was a pressure match against West Indies but they failed to perform and lost it. However South Africa have been struggling with their batting after the match against England in which they made 229 runs.

South African batsmen need to score runs if Proteas want to go home with a win in the last match. AB De Villiers and Dale Steyn have not performed in the competition which hurt the expectations of Africa.

South Africa will be favorite to win and they have got 60 percent winning chances over Sri Lanka.