South Africa women’s cricket team for 2016 twenty20 world cup will be captained by Mignon De Preez. This is the fifth edition of ICC women’s world t20 in which Proteas ladies are one of the top contenders to win the championship. 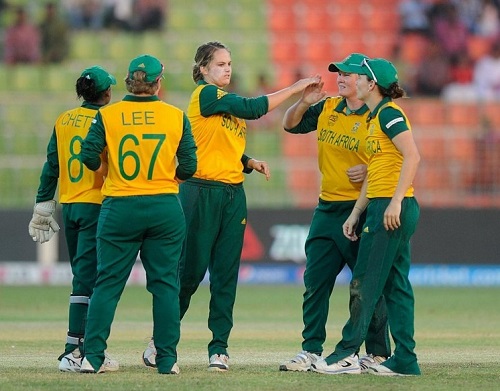 Coach Hilton Mooreng said, “Eighty per cent of the squad has been exposed to subcontinent conditions, especially India. So, there won’t be too many players who will be experiencing the conditions for the first time. From a selection point of view and the preparation we have had in the last two years, we think it is the best squad for the conditions that we will be faced with.”

Proteas women are in the Group-A of ICC World T20 2016 in which they’ll have to play 3-time world champion and title defenders Australia in their first match of championship on 18th March at Nagpur. South Africa Women’s will also meet Ireland, New Zealand and Sri Lanka in the group matches.

“It’s a well-balanced squad with lots of experience and a bit of youth. We’ve given ourselves the best chance to play well and compete, as well as to qualify for the knock out phase. The confidence in the team is much higher now, we all know that on the day in a T20 match anything can happen, one over can swing the game either way so the execution of our skills on the day will be key.” Hilton added.