Sunrisers Hyderabad fast bowler Ashish Nehra has been ruled from the rest games of 2016 Indian Premier League due to hamstring injury. This is the big loss for SRH team who are heading towards playoffs. Nehra was one of the most experienced bowlers in Hyderabad roster but now team will have to play without Nehra in upcoming two league matches and then knockouts. 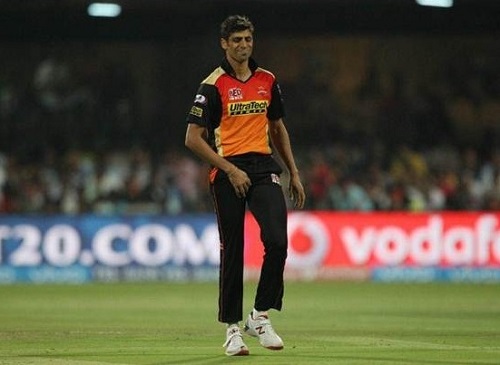 A press release from franchise stated, “Sunrisers Hyderabad spearhead, Ashish Nehra has sustained a significant hamstring tendon injury during the match against Kings XI Punjab on May 15, 2016. Ashish Nehra is now in consultation with a specialist orthopaedic surgeon for the most appropriate course of treatment to ensure a successful return to competitive cricket. Unfortunately he will play no further part in the ninth edition of the Indian Premier League for Sunrisers Hyderabad.”

Ashish Nehra has taken 9 wickets in played 8 Vivo IPL matches this year. He is one of the most economical bowlers in the tournament. This is the second time when Nehra got injured in this ninth IPLT20 edition. Before this, he missed 4 matches in the middle of the championship.