Sri Lanka cricket board have announced the 15-member squad for upcoming three T20I matches series on SL’s tour of India 2016. Veteran fast bowler Dilhara Fernando is returning to the national side after almost 4 years long period time. On the other hand T20 team regular captain Lasith Malinga will not be a part of team due to injury. 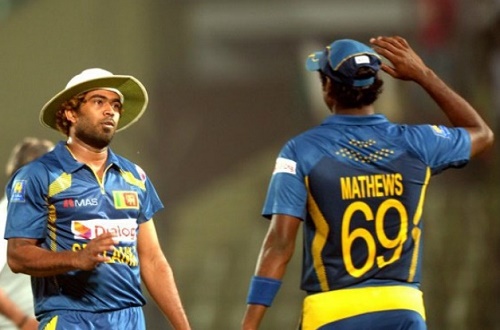 All-rounder Angelo Mathews, spinner Rangana Herath, pace bowler Nuwan Kuladekera and Nuwan Pradeep are also out from the announced Sri-Lankan camp for India’s tour ahead of Asia Cup and ICC World T20 where team will be title contenders in both events.

In a press release from Sri-Lanka board said, “Lasith Malinga, Angelo Mathews, Nuwan Kulasekera, Rangana Herath & Nuwan Pradeep were not available for selection due to injuries.”

Leg spinner Seekuge Prasanna also making a comeback in the Sri Lanka’s national team. Let’s have a look at the full squad of Sri-Lanka for T20Is against India.

India to host Sri lanka for three twenty20s beginning from 9th February. Pune to host first T20 match between India and Sri Lanka whereas 2nd and 3rd T20s will be played in Delhi and Visakhapatnam on 12 and 14 February.