St Lucia Zouks are set to meet Barbados Tridents in the match-22 of Hero Caribbean Premier League 2016 on 23 July at Darren Sammy National Cricket Stadium in St. Lucia. The match has been scheduled to begin at 12:00 local time, 16:00 GMT and 22:00 BST. St Lucia Zouks vs Barbados Tridents live cricket match streaming can be watched online on www.sonyliv.com from 21:30 IST. 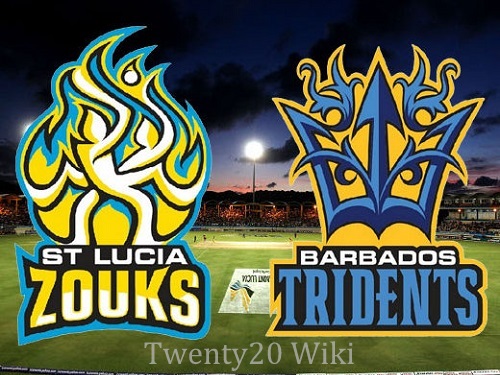 Home team St. Lucia is coming into this match from winning last game by 35 runs against St Kitts and Nevis Patriots. On the other side, Barbados Tridents faced 36-run defeat against Jamaica Tallawahs in the last match. Hence it is going to be a crucial match for both sides in terms to qualify for playoffs.

Barbados will be having two more games after this before knockout stage begins in the competition meanwhile St. Lucia Zouks will be having 4 matches. Kieron Pollard & co. has equal win and loss record of 3-3 matches in CPLT20 2016 so far with one match ended at no result. The big loss to them is Ab De Villiers has been knocked out from the rest of the season due to injury and has returned to home South Africa.

Zouks are at the second position from bottom in the points table as they managed to win just 2 matches in played 5 games in the fourth edition of Caribbean Premier League. Skipper Darren Sammy played brilliant innings in the last match against Patriots which made St. Lucia more dangerous side as Shane Watson, David Miller and Mike Hussey are already in the Zouks team.

St Lucia Zouks look favorite to win against Barbados Tridents and as per our predictions, SLZ has got 65 percent winning chances over BT.