Sunrisers Hyderabad is one of the most underdogs side in Vivo Indian Premier League 2016 which competes very strongly in the competition but always fail on key moments of the match. Team will be playing in the ninth edition of IPL T20 which is beginning from 9th April 2016. 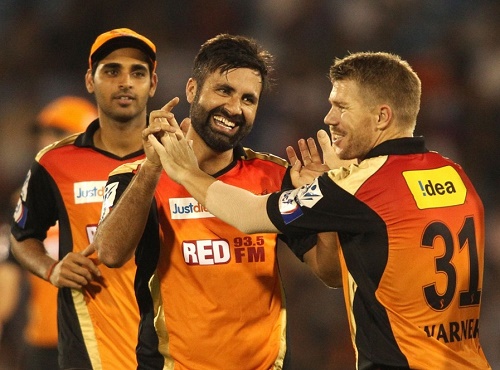 The franchise have retained some of the top cricketers for 2016 Vivo IPL from their 2015 squad. A total of 15 players were retained by Sunrisers Hyderabad before entering the players auction. Destructive openers David Warner and Shikhar Dhawan will remain same in the SRH team for this season. Kane Williamson, Eoin Morgan, KL Rahul and Naman Ojha are the other batsmen to whom Hyderabad didn’t let go for auction.

Trent Boult and Bhubneshwar Kumar are also the part of team and will be front line bowlers for Sunrisers Hyderabad. Interestingly SRH released Dale Steyn for auction.

Let’s have a look at the Sunrisers Hyderabad full squad, players for Vivo IPL 2016.