India stormed back to being on top of Group 2 points table with a thumping 59-run win over the Netherlands in their Super 12 match of Men’s T20 World Cup at the Sydney Cricket Ground on Wednesday.

After captain Rohit Sharma (53), Virat Kohli (62 not out) and Suryakumar Yadav (51 not out) hit half-centuries in propelling India to a challenging 179/2, India produced a top-class bowling performance to restrict the Netherlands to 123/9 in 20 overs. 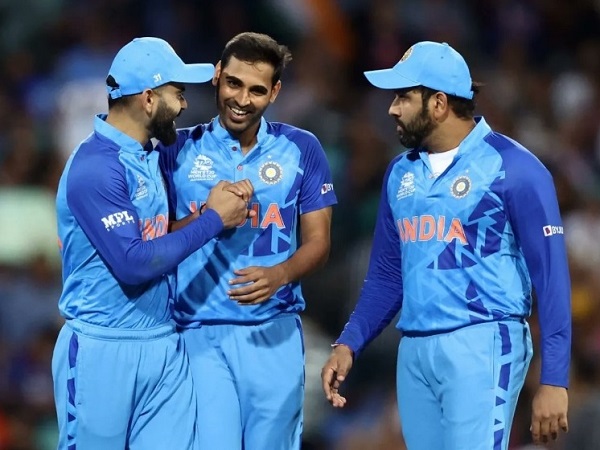 Bhuvneshwar Kumar led India’s tight start in Power-play with his two overs yielding no runs and castling Vikramjit Singh in the third over. Max O’Dowd began with nicely timed square drives off Arshdeep Singh to get a brace of fours and flicked Mohammed Shami through square-leg for his third four.

His promising stay at the crease came to an end when in an attempt to sweep, he moved across and exposed his stumps, only for Axar Patel to rattle his middle stump with a straight delivery. Patel had another wicket to his name when he made Bas de Leede reach out for outside the off-stump ball and sliced straight to point.

Ravichandran Ashwin made a double strike in the 13th over — Colin Ackermann holed out to deep mid-wicket and four balls later, Tom Cooper swept straight to deep square leg in a span of four balls.

Tim Pringle hit a cameo of 20 off 15 balls, dispatching Ashwin over long-on for six and flicking Arshdeep for four. But Shami extracted a leading edge off his flick and was caught by mid-off.

In the next over, Bhuvneshwar added another wicket to his name when captain Scott Edwards miscued a slower ball to mid-off. Arshdeep joined the wicket-takers column when Logan van Beek was late to pull a bouncer and was caught behind.

He ended the 18th over by trapping Fred Klaassen lbw with a fantastic yorker and getting the DRS in his favour. Though Arshdeep was hit by Paul van Meekeren for a hat-trick of fours in the last three balls of the innings, the result was a foregone conclusion by then.