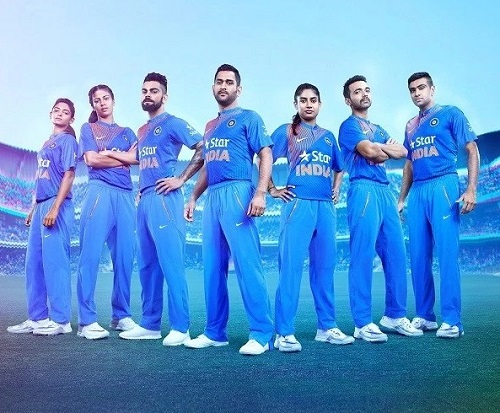 Mithali Raj said, “At every stage, the meaning of wearing India jersey changes. When you are the senior player, you have everyone on your shoulders and you can’t let them down. When you are a debutant, you are playing for yourself and all those people who have made you a player. It is different, but when I don the signature blue kit, I carry it proudly, believing I will win.”

Middle order batsman Ajinkya Rahane said, “Wearing the kit, going out there and playing for my country – it’s an overwhelming feeling, which is almost impossible to express in words. But whenever I wear the kit, I believe I’m a hero.”

India won inaugural edition of T20 world cup in 2007 and will be looking to win the sixth edition of championship beginning from 8th March which will conclude on 3rd April 2016 in Kolkata.