India’s Virat Kohli on Wednesday became the highest run-scorer in Twenty20 World Cup history when he reached 16 against Bangladesh in Adelaide. 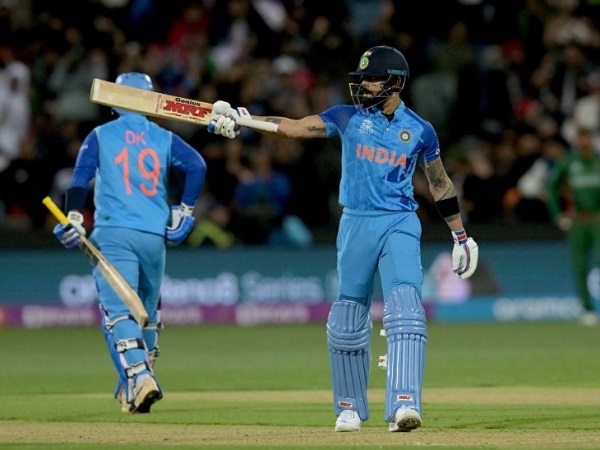 The former captain is playing his 113th T20 international for India since making his debut in the shorter format in 2010.

The Board of Control for Cricket in India (BCCI) tweeted: “Yet another milestone unlocked”.

In the crunch Super 12 game in Adelaide on Wednesday, Bangladesh won the toss and asked India to bat first.

Kohli, 33, recently said he was “paranoid about his privacy” after a stranger appeared to have filmed inside his hotel room in Perth.

He also recently overcame a long batting slump to be in electric form in this T20 World Cup, leading India to victory over Pakistan with an unbeaten 82 and scoring another fifty in the next game against the Netherlands.

The innings against Pakistan was one of “King Kohli’s” finest in a long and storied career.

Kohli lifted India from the depths of 31-4 chasing 160 to guide the team home on the last ball of a dramatic final over, from which 18 runs had been needed.

He hit two sixes off Pakistan quick bowler Haris Rauf at the end of the 19th over with 28 still needed, then another off a no-ball in a frantic final over.

Earlier his measured 113-run partnership with Hardik Pandya had turned the tide after Pakistan looked on course for victory at the Melbourne Cricket Ground in front of 90,000 raucous fans.