West Indies and Afghanistan are scheduled to take on each other in the second T20I match of three Twenty20s series on 3rd June 2017 at Basseterre. WI vs AFG 2nd T20 live cricket streaming and telecast can be watched from 19:30 local time, 23:30 GMT and 5:00 IST (4 June). 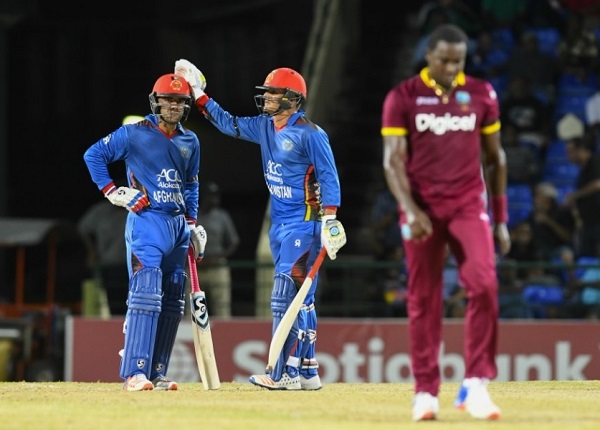 West Indies will look to dominate Afghanistan once again in the series. Hosts won first T20 quite comprehensively by 6 wickets and Windies to repeat that performance once again on Saturday against minions Afghanistan side. Sunil Narine was exceptional as he took 3 wickets in 4 overs by spending just 11 runs.

Hosts West Indies looks favorite against Afghanistan in the second T20 international match tonight and as per our predictions, Windies have got 70 percent winning chances over Afghani team.

The live cricket score of 2017 West Indies vs Afghanistan 2nd twenty20 match can be taken from espncricinfo.com and cricbuzz.com.