The second T20 international match of India vs West Indies 2016 series has been scheduled to host at Central Broward Regional Park Stadium Turf Ground in Lauderhill, USA. Live cricket match will begin at 10:00 AM local time and 7:30 PM as per Indian Standard Timings.

The live t20 cricket match telecast of India-West Indies can be watched online on starsports.com and hotstar.com for Indian sub-continent region viewers. Star Sports 1/HD and Star Sports 3/HD to air live broadcast in English and Hindi languages respectively from 19:30 with pre-match show to begin at 18:00 IST. 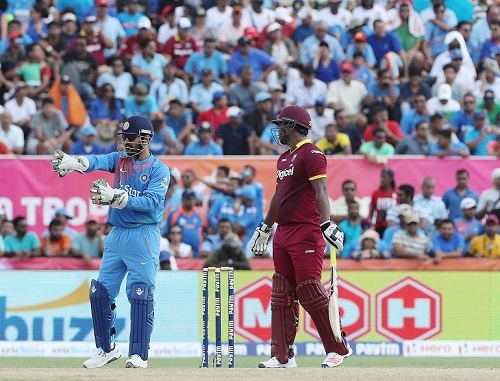 Cricket fans living in Canada, USA and Caribbean region can tune to yupptv to catch the live coverage of India vs West Indies t20 match. The live stream of the match will be aired on yupptv.com.

The live cricket match score of West Indies vs India t20 match can be taken from bcci.tv, espncricinfo.com and cricbuzz.com.

MS Dhoni said after the 1 run loss, “When it comes to Bravo, I feel in the current scenario he’s among the best when it comes to the death bowling. The amount of experience that he has really counts so you always know if he’s bowling it’s tough. What then becomes important is how we’re executing.”

“The ground itself is up to international standard. You can’t score 500 runs on a bad wicket, so fantastic wicket. The practice wickets were fantastic. When it comes to the stadium, it’s not a big stadium. The moment I say stadium I mean the number of fans it can house. I think it’s close to 15,000. So overall looking at everything as a complete package, I think it was fantastic. We had fun,” he added.