The last match of India’s tour of West Indies and United States 2016 is all set for Sunday, 28 August 2016 as Men in Blue to take on Caribbean side in the second t20 of 2 matches series at Central Broward Regional Park Stadium Turf Ground, Lauderhill in USA. 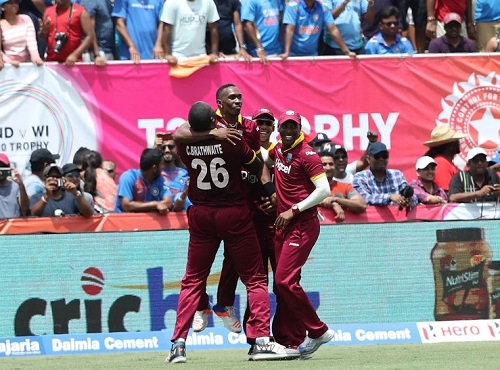 Well Indian team would never thought that they would lose the first t20 match till the end of 19th over as they only required 8 runs in the final over with two set batsmen were on the crease. Unfortunately India’s all time best finisher and skipper Dhoni failed to take his team to finishing line and Dwayne Bravo gave joy to his side to win the game by just only run.

After the match, MS Dhoni said, “I think it was an amazing game, you couldn’t have expected anything better from the batting unit. 250 is always above a par-score and it was important to get off to a good start and play good cricket till the end and I felt that’s what we did. The last ball everything was right but the execution and you have to execute well.”

However Sunday’s second twenty20 match will be an interesting and high scoring once again on American soil as wicket won’t change much and batsmen will score big runs again. Evin Lewis and KL Rahul were the superstars of 1st game as both guys scored brilliant hundreds to lead respective sides to big total. Unfortunately Rahul’s century went in vain while Bravo made Lewis’s first ever t20 ton special from his magical last over.

West Indies new skipper Carlos Braithwaite praised Bravo’s effort and after match he said, “Bravo is a champion. He is a champion cricketer and that over showed it. Time and time again when you need him to step up he never shies away from it. But it was a fantastic team effort, but Bravo’s last over stood out.”

The match is expected to be high scoring once again and we can also see some big scores and hundreds today. Although West Indies have won the first T20I dramatically, but still Indian teams will be favorite to win and they have got 55 percent winning chances.