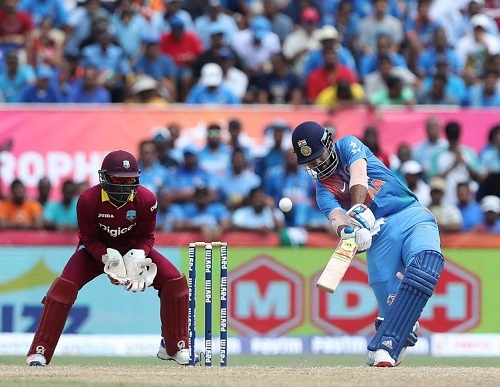 In the last over of match, India was required 8 runs to score to win the game and two set batsmen MS Dhoni and Lokesh Rahul were on the crease. But both batsmen failed to score the runs and shortened by 1 run to lead the side towards victory. Rahul slammed his first ever twenty20 international hundred in 44 balls while opener Rohit Sharma made 62 runs to set the platform on which Rahul and Dhoni built Indian hopes to win the game.

Before this, Indian skipper MS Dhoni won toss and chose to field first. West Indies got flying start and both openers Johnson Charles and Evin Lewis built 126 runs partnership for first wicket in first 10 overs. Lewis scored brilliant 100 in 49 balls and was awarded man of the match.