T20 cricket is all set to rock in United States as India and West Indies to lock horns against each other in two-match series in Florida. The first twenty20 match of India vs West Indies 2016 series is scheduled to play on 27 August from 10:00 local time and 19:30 IST.

Central Broward Regional Park to create history as Men in Blue to play their first ever international cricket match in USA on Saturday. Indian team will look to take revenge from world t20 champions of their defeat in the semi-final of 2016 twenty20 cricket world cup. Meanwhile West Indies will look to get avenge of test series defeat from Men in Blue on American soil. 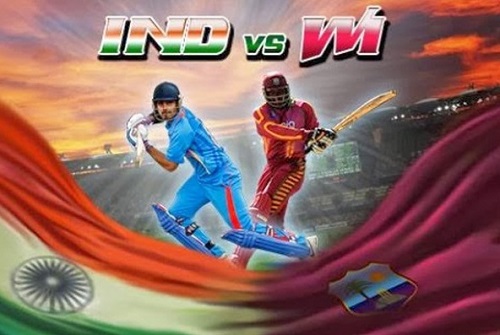 It is going to be an exciting battle between two nations as skippers of both sides are different from test series. Carlos Brathwaite is appointed new skipper of West Indies side while MS Dhoni to continue leading Indian camp in limited overs cricket.

Both teams are highly depending on their respective destructive batting line-ups. India team is relying on the shoulders of Virat Kohli, Ajinkya Rahane, MS Dhoni, KL Rahul and Rohit Sharma. However team will definitely be looking to get some good sun from opener Shikhar Dhawan.

West Indies are depending on their veteran opener Chris Gayle who can take away the match at any instant. Andre Russell will be a crucial batsman in the end overs along with his bowling skills. Dwayne Bravo, Charles, Fletcher, Simmons are the other important batsmen in Caribbean side.

Indian team looks better and more balanced side than West Indies for this first t20i of the series. As per twenty20wiki.com’s predictions, India has got 57 percent winning chances over WI.

Cricket fans in India can tune to Star Sports 1/HD (English Commentary) or Star Sports 3/HD (Hindi Commentary). To watch the match live for free on TV, you can tune to DD National aka Doordarshan as it will air Ind vs WI matches for free on television from 7:30 PM IST. Fourth match umpire program to begin at 6:55 PM while Star Sports to start pre-match coverage from 6:00 PM.

The live cricket score of West Indies vs India first t20 match will be provided by bcci.tv, espncricinfo.com and cricbuzz.com.