West Indies finally got the taste of win on Sri Lanka soil in this summer’s series as team registered victory in the second twenty20 international played at Colombo. Dwayne Bravo was awarded man of the match for his all-rounding performance. Sri Lanka’s Tillakaratne Dilshan was given Player of the series. 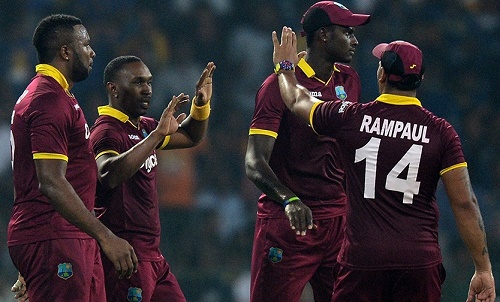 West Indies was struggling at 75/3 in 9 overs and Dwayne Bravo was on the crease. Towards the end of innings Bravo and Denesh Ramdin played some quick firing innings that helped West Indies to reach at 162 mark in 20 overs.

In the chase of 163 runs target whole Sri Lanka team got all out in 20 overs after scoring 139. It was Sri Lanka’s 9th T20 match loss on R Premadasa Stadium. Tillakaratne Dilshan’s 52 runs were the only highlight of Sri Lankan innings. Except him, Shehan Jayasuriya made 30. Dwayne Bravo became the prime bowler for Caribbean team as he took 4 wickets by spending just 28 runs in 4 overs.

Previous: Brad Hodge to play BBL 05, 06 as player and coach for strikers
Next: Pakistan declared T20 squad for 3 Twenty20s against England 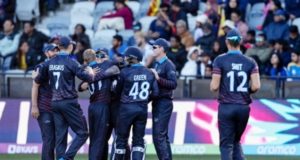