Afghanistan’s young fast bowler Naveen Ul Haq has shown desire to be the part of upcoming Indian Premier League season. He wants to play for Chennai Super Kings, so that he can play under MS Dhoni’s captaincy. 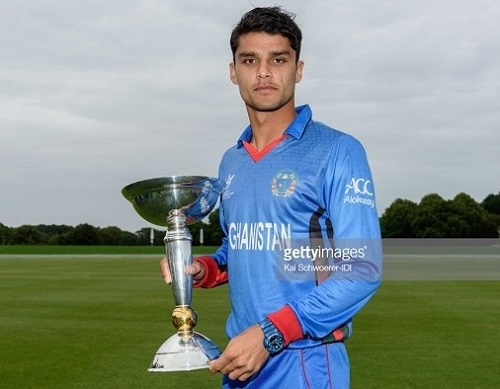 In a recent interview with Sports Mirchi, Naveen said, “I would like to play under the legend MSD. So Chennai Super Kings will be my team,” when he was asked which team he would be playing for if gets a chance to play in Indian Premier League.

Naveen follows MS Dhoni and he learns a lot from former Indian skipper and he implemented Dhoni’s leadership during U-19 cricket world cup in January 2018 where Afghanistan defeated Pakistan and Sri Lanka under Naveen’s leadership.

“I get a lot of inspiration, motivation & follow the legend M.S. Dhoni – especially his captaincy & always tried to learn seeing his captaincy which i try to implement as much as i can in the recently concluded under-19 world cup,” he quoted as saying by Sportsmirchi.com.

The next edition of Vivo IPL will be played in 2019.