AKD Group chairman Aqeel Karim Dhedhi is interested in purchasing “The Sixth Team” of HBL Pakistan Super League. 61-year old Aqeel met PCB Chairman Ehsan Mani in Karachi on Wednesday and he was quite certain to get ownership rights of the 6th PSL team. 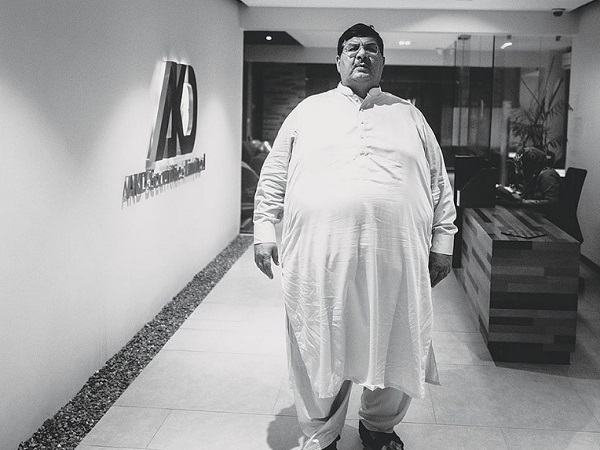 When AKD came out from National Stadium, we had a small conversation with him in which he mentioned that if his company gets good deal to buy team, then he’ll definitely go with it.

“Agar achi deal milti hi to kyun nhi krege, main baat deal ki hi hai. (If the deal is good what is the harm to say yes. Important thing is how much we are investing and what returns it will give),” said Aqeel Karim Dhedhi.

Karachi born AKD also faiths that the bid to purchase PSL team will be high as compared to the previous. According him, earlier the franchise was sold in a cheap price.

PCB terminated Multan Sultans franchise few days back over non-payment and take full ownership of the team until the franchise is not sold. Pakistan Cricket Board chairman Mani to announce the new owners of sixth team on 20 November 2018 when players draft to take place in Islamabad.