Peshawar Zalmi owner Javed Afridi has confirmed that former West Indies skipper Darren Sammy will remain captain of the team in the fourth edition of Pakistan Super League as well. As per his interview to local reporter, Zalmi are not looking to remove Sammy from leadership role. 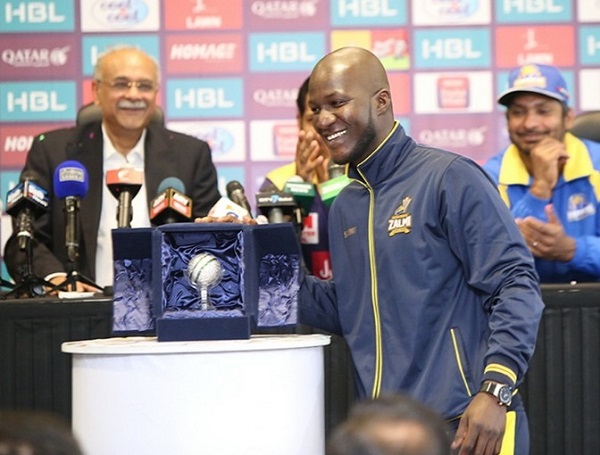 “Darren Sammy will be captaining Zalmi in this PSL season as well just like previous editions. He is very keen and dedicated about Zalmis and he is taking healthy interest in the players draft so that good players can be brought in the squad,” said Javed on local tv interview.

Lahore Qalandars have removed Brendon McCullum from captaincy and squad as well. While Misbah-ul-haq has left the PSL as a player and captain from Islamabad United roster. And there were rumors that Sammy might be removed from captaincy as well.

“Sammy is very focused on PSL and Zalmis as well. He is in regular touch with Mohammad Akram and team management to get good players in the draft,” Afridi added.

The Caribbean superstar lead national team in two ICC World Twenty20 tournaments successfully in 2012 and 2014. However he hasn’t won PSL trophy for Peshawar till date but under his leadership, Zalmi reached to final of Pakistan Super League 2018 where they lost against Islamabad United.

The players draft for PSL-4 is scheduled to take place on November 20 in Isalamabad.