“If batsmen hit me sixes and fours in T20s, I beat them,” Shoaib Akhtar 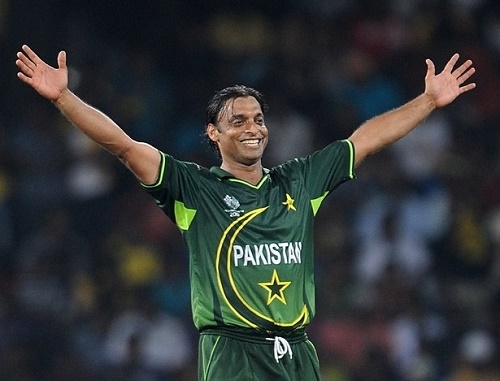 Pakistan Super League players draft 2018 anchors asked Akhtar if he missed playing in PSL and other twenty20 leagues, he mentioned of beating batsmen in a funny manner.

“I will definitely beat batsmen if they hit me sixes and fours over the park. T20 format is a cruel format for bowlers and batsmen hit all over the park even though bowler bowls brilliant delivery,” Akhtar said with a laugh.

In the conversation, hosts asked him if he would be interested in sharing his all time World-XI, he answered quickly and picked 1992 world cup winning team.

Shoaib Akhtar is the mentor of PSL team Lahore Qalandars.