Pakistan top order batsman Mohammad Hafeez is all set to captain Lahore Qalandars in the fourth edition of HBL Pakistan Super League. After completion of players draft in Islamabad, one of the closest source to Lahore, told Twenty20wiki that Hafeez would be leading Qalandars in the PSL 2019. 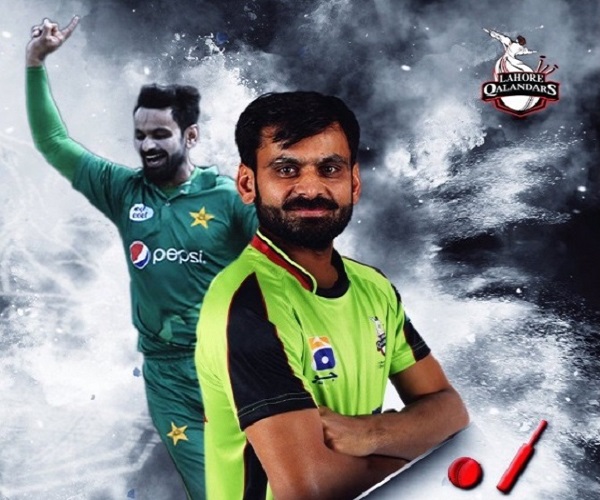 “It was a great day for us in players draft. Inshah Allah we’ll win next PSL with the current squad,” Qalandars source told Twenty20Wiki.

Lahore Qalandars have got brilliant squad as they picked some high class overseas and Pakistan local cricketers. Team management picked retired South Africa star AB De Villiers as the first pick of this season. After that, they chose all-rounder Hafeez as the second pick in platinum category.

“We are happy to get African legend ABD in our squad and he’ll be crucial for us in the upcoming season. He is a great player, especially in t20 format.”

“Mohammed Hafeez is in terrific form and he’ll be leading the side. He knows local players very well and this gives advantage over other contenders to captain the team,” an official said in a short interview in Islamabad.

The final decision on captaincy will be taken soon and announced in a short span of time.

Report by Ashraf Ali and edited by Sumaira Khan

Previous: “If batsmen hit me sixes and fours in T20s, I beat them,” Shoaib Akhtar
Next: T20 World Cup 2020: Eight teams qualified for super-12s, SL-BAN to play group stage