Australia named Bancroft as keeper for 3rd T20 against India

Cricket Australia have picked Cameron Bancroft as the wicket-keeper batsman for final twenty20 match against India on 31 January 2016 at Sydney Cricket Ground. Bancroft replaces Mathew Wade in the side for third T20 as Wade will leave Australia on Saturday to reach New Zealand for the preparations of Kiwi tour. 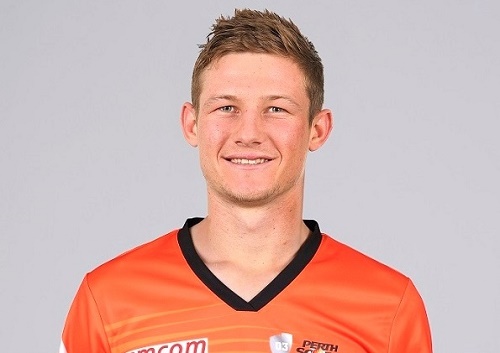 Cameron Bancroft to play 3rd T20I against India on Sunday.

23-year old Cameron Bancroft was named in Australia’s squad for Bangladesh tour last year but the tour was postponed so he couldn’t get chance to represent the nation. Bancroft uses to play in the Big Bash League for Perth Scorchers as the batsman and part time wicket keeper.

Bancroft played for Perth when Whiteman got injured. To this he said, “For me, ‘keeping was something I always did as a junior. I think in Twenty20 cricket one of the biggest things is being able to pick ‘Hoggy’ (Scorchers spinner Brad Hogg).”

Australia’s some of the top cricketers like Steve Smith, Mitchel Marsh, David Warner, Kane Richardson, Josh Hazlewood and Adam Zampa will not be available for the final 11 men for third T20I against India as these played will go to New Zealand on 30 January. So there can be more replacement in the side and players will have got chance to impress the selectors ahead of World T20 2016 team selection.

The second T20 of series will be played today on 29 January at MCG. Visitors India are already leading the series with 1-0.