Australian team has been announced for women’s t20 world cup 2016 in India. Meg Lanning is appointed as captain of the side to lead team towards title defence. 17-year old Lauren Cheatle is included in the Australia’s squad for WT20. She made debut last month for national team against India. 22-year old Beth Mooney also named in the Aussie squad. 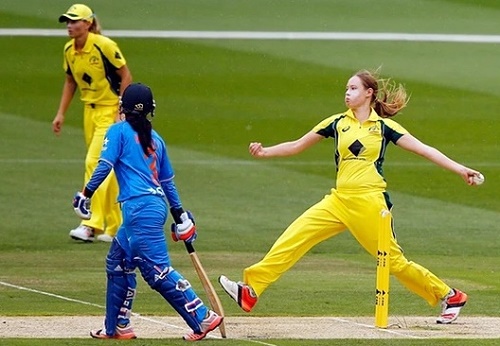 Chairman of selectors Shawn Flegler said, “It’s an exciting time for the entire squad, but in particular Beth Mooney and Lauren Cheatle. Beth showed positive signs at the top of the order while Lauren impressed with the ball. This will be another great opportunity for these young players.”

Australia will play ODI and Twenty20 series this month in New Zealand before moving to India. Team has got some good bowling options that includes the name of 17-year Cheatle who is still at school in New South Wales. Ellyse Perry will play major part in the world cup campaign as all-rounder.

“We’ve got a number of options covered with our bowling attack as well as several batters who can produce the attacking game-style we want to play. The players have had a solid build up to the tournament with strong competition against India in our recent home series, as well as the first season of the women’s BBL,” Flegler added.

Australia women’s are placed in group A of ICC Women’s World Twenty20 2016 championship which is going to stage in India from 15th March. Team will play their first game against South Africa on 18 March at Nagpur. Australia will also play Sri Lanka, New Zealand and Ireland in group matches.