The 7th edition of Caribbean Premier League is scheduled to play from 4 September to 12 October 2019. Trinbago Knight Riders are the two-time title defending champions in CPL 2019 and will be facing St. Kitts & Nevis Patriots in the opening match of the tournament. 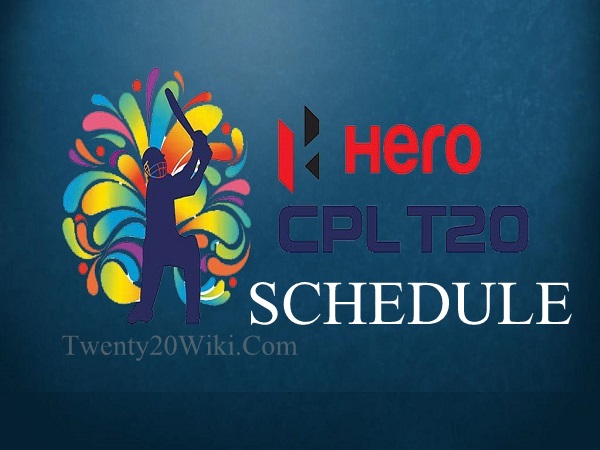 A total of 34 games will be played throughout the competition including two playoffs, one semi-final and the grand finale. CPL 2019 final to be played on 12th October at Brian Lara Cricket Academy Stadium in Trinidad.

Let’s have a look at the confirmed schedule of Caribbean Premier League 2019.

What do you think about 2019 Caribbean Premier League? Which team will win the final?