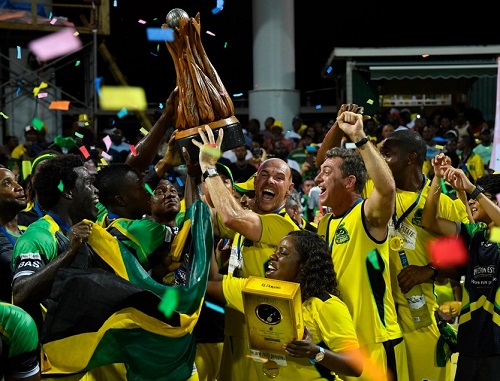 From the beginning of tournament deciding game, Tallawahs got lead in the final. They won toss and asked Warriors to put runs on the board. Guyana had worst start as Middinson and Lynn returned to pavilion in the third over. There was a small partnership between Smith and Tanvir, but Thomas dismissed Smith to break Amazon Warriors back.

After this, Guyana‘s batting collapsed like playing card and whole team got all out on just 93 runs score in 16.1 overs. Fast bowler Imad Wasim took 3 wickets to make sure Tallawahs batsmen just need to play sensibly. 94 runs target was easy for destructive batting lineup like Jamaica had. Skipper Chris Gayle smashed 54 runs in just 27 balls before getting dismissed.

Hence Jamaica registered 9 wickets victory over Warriors to win their second CPL trophy. Before this Jamaica won 2013 Caribbean Premier League under Gayle’s leadership. Imad Wasim was named played of the match while Andre Russell was awarded player of the tournament.