St. Kitts & Nevis Patriots will be taking on St. Lucia Zouks in the sixth game of 2016 edition of Hero Caribbean Premier League on 3rd of July from 16:00 local time at Warner Park Sports Complex in Basseterre, St. Kitts. Home team has lost both their opening matches of CPL 2016 and will look to bounce back under Faf du Plessis captaincy. Meanwhile Zouks defeated title defenders Trinbago Knight Riders in the first match of season.

Skipper Du Plessis believes that team will bounce back and get those two crucial points against St. Lucia. He quoted as saying on cricbuzz, “I don’t think home and away makes such a difference, all of us are foreigners anyway. I have never played two days in a row but it’s a quality team and a quality competition. We don’t want to be predictable as a bowling unit.” 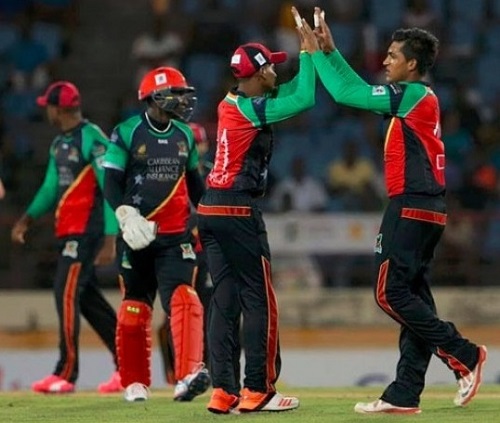 St Kitts Nevis made debut in the competition last year and since than their poor form is going on. In 2015 Caribbean Premier League edition, they were at the bottom in the points table and in this season too they have lost two games. St. Kitts have got good players in the side but they are not producing magical and winning performances that can lead the side towards the win.

It will be interesting to watch out how these top players play on Sunday.

St. Lucia Zouks look favorites against Nevis Patriots and as per our predictions, they have got 60 percent winning chances.

The live score of St Kitts vs St Luciz cpl 2016 match will be provided by cricbuzz and espncricinfo.com.