In the second playoff knockout match of Hero Caribbean Premier League 2016, title defending champion Trinbago Knight Riders are set to take on inform St Lucia Zouks. Winner of this match will be facing loser from playoff-1 to place berth for final. Meanwhile loser of this playoff-2 will be eliminated from the tournament.

Warner Park in Basseterre is known for high scoring matches and the composition both teams are having, clearly suggests that Thursday’s knockout will be a high scoring game and cricket lovers will enjoy it. Shane Watson, Andre Fletcher, Darren Sammy, Johnson Charles and David Miller are the key batsmen for Zouks meanwhile Knight Riders have got destructive batsmen like Brendon McCullum, Colin Munro, Hashim Amla, Umar Akmal and Dwayne Bravo.

Zouks all-rounder Watson also believes that 2nd playoff of cpl 2016, will be a high scoring match. He thinks his side will do best in this crucial match as they are coming from winning 5 matches in played last 6.

Shane Watson said, “We have really got on a really good run. Since we went home to St Lucia we have played some really good cricket. It is knockout cricket and you have to bring your best but we have certainly got lots of confidence from our last six games. High scoring as it normally is at Warner Park. It is a beautiful wicket, small boundaries, I am sure it is going to be a high scoring game.” 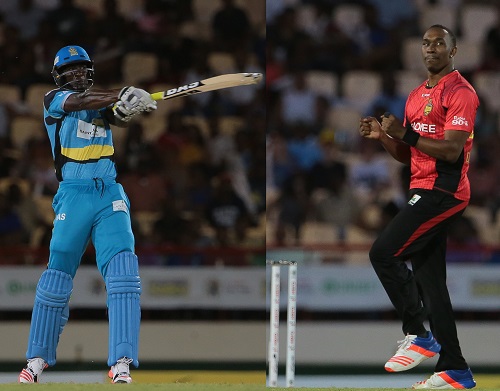 On the other side, Trinidad team’s middle order destructive batsman Colin Munro has said that teams will do best to be a part of Caribbean Premier League final once again. He said Zouks were good team and dangerous too, hence we should be aware of them.

Colin Munro said, “I think we just need to ask more of the same in terms of players stepping up, senior guys stepping up. It is nice looking back at the whole tournament with people stepping up in different situations. So if we got three or four players playing to their potential our team is pretty dynamic.”

“We all have that calm nature about us. Obviously it is a must win game but at the end of the day it is a game of cricket and we are approaching every game like that after having a not great home leg. The experience in our group in terms of tournaments that we have won and great coaching staff we will be nice and relaxed and just go out there and express ourselves as best as we can,” Munro added.

On cards Trinbago Knight Riders look favorite to win against St. Lucia Zouks but current form of Darren Sammy & Co. looks much better than Dwayne Bravo’s side. As per our predictions, St. Lucia Zouks are favorites to win and they have got 60 percent winning chances over TKR.