Hero Caribbean Premier League fourth edition is heading towards the final stage and playoff matches are beginning from 3rd of August. First playoff knockout match is scheduled to play between Guyana Amazon Warriors and Jamaica Tallawahs at Warner Park in Basseterre, St. Kitts.

It is going to be an exciting knockout match of CPLT20 2016 as both teams to play against each other for the third time in this season. Jamaica and Guyana have managed to win 1-1 games against each other and will look to take lead in this crucial knockout game. Winner of this playoff will enter to the Caribbean Premier League final and loser will have got one more chance to be in final as losing team will play winner of playoff 2 in the 3rd playoff to qualify for final.

Guyana Amazon Warriors are coming into this match after beating Barbados Tridents in the their last two matches meanwhile Jamaica Tallawahs are heading into it by losing two successive last game against St. Lucia Zouks. So at this moment it looks like Tallawahs will be having a tough time against inform Guyana Amazon. 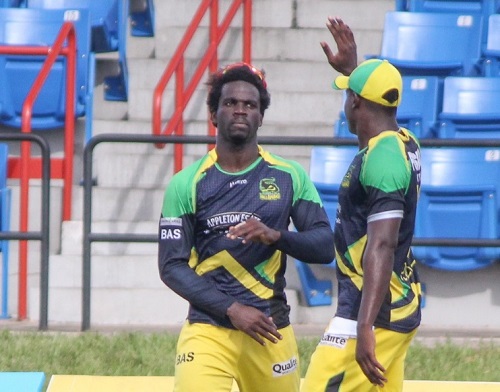 But the key thing is GAW can’t be relaxed as Jamaica Tallawahs have got some serious power hitting batting lineup that can destroy any bowling line up in the world. Top order batsman and skipper Chris Gayle is in sparkling form and can do serious damage to Warriors bowling. Chadwick Walton, Rovman Powell, Kumar Sangakkara and Andre Russell have been performing well in the competition.

All-rounder Shakib Al Hasan has also contributed his part as batsman and bowler in few matches. So its been an all-rounding performance from all players. On the other side, Guyana Warriors are doing great under Rayad Emrit’s leadership. Nic Maddinson, Dwayne Smith, Chris Lynn and Mohammed have been playing so well that will definitely be helpful for two time CPL finalist.

Guyana Amazon Warriors are looking much balanced and strong side as compared to Jamaica Tallawahs. The current form of both teams suggest that anybody can beat on its day. As per our predictions, Guyana Amazon has got 55 percent winning chances over Jamaica.

What do you think who will will 1st playoff of CPL 2016? Jamaica or Guyana?