Former Northamptonshire all-rounder David Willey has joined Perth Scorchers to play in the 5th season of Big Bash League beginning from 17 December. England and Wales Cricket Board has allowed him to be part of BBL|05 and as per ECB director it will be great opportunity for Willey to prepare for ICC World Twenty20 2016 in India. 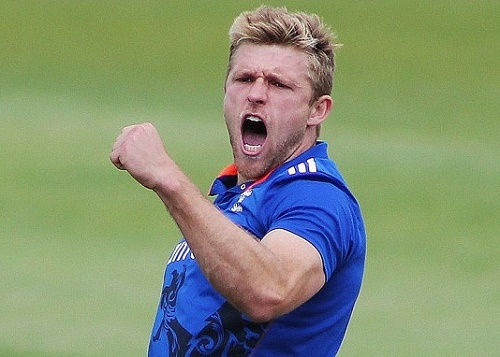 ECB director Mr. Andrew Strauss said, “This is an excellent opportunity for David. It will be the ideal preparation for him leading into the ICC World T20 in India next year – giving him the chance to focus on the T20 format for an extended period of time, and improve his skills accordingly.”

David Willey is the first foreign batsman to sign for Perth Scorchers in BBL-05. Scorchers Coach Justin Langer is glad to have Willey in the side. He mentioned that David is a fantastic players and his role will be crucial in the middle overs of the match as well as a batsman and a bowler.

Justin Langer said, “David Willey is an up-and-coming, hungry, hard-working young player who will hopefully provide with some power hitting in the middle overs. He offers left-arm swing bowling and has showed how well he can do that against the Australians in the one-dayers a few months ago.”