Delhi Daredevils are scheduled to take on Rising Pune Supergiants in the 33rd match of Vivo Indian Premier League ninth edition on 5 May, 2016 at Feroz Shah Kotla Stadium in New Delhi. The match will kick off at 8:00 PM local time, 2:30 PM GMT and 3:30 PM BST.

Nobody would have thought that Delhi Daredevils would win 4 successive matches in the 2016 IPL edition but it is right. They have won their last four games and now looking forward to win fifth one against struggling Rising Pune Supergiants. Rishabh Pant is the find of this Indian Premier League season as he scored brilliant fifty in the last match to help DD won the match easily against Gujarat Lions. 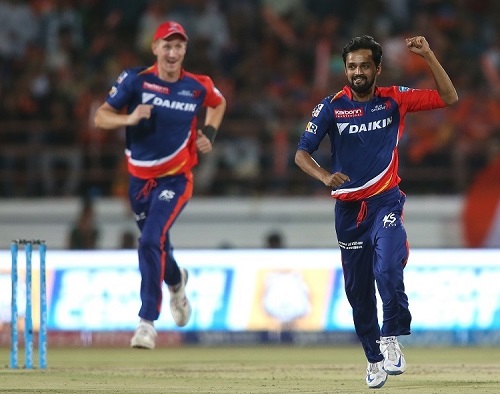 On the other hand Rising Pune are struggling a lot in the competition. Their key players like Kevin Pietersen, Steve Smith, Faf du Plessis and Mitchell Marsh have been ruled out from 2016 IPL which is a big set back for them. George Bailey and Usman Khawaja will be key players now for MS Dhoni and Company to rely on.

Delhi Daredevils will be favorites to win this match against Pune Supergiants and as per our predictions, they have got 60 percent winning chances.

The live telecast of DD vs RPS IPL 2016 match-33 will be aired on Sony Max, Sony Six and Sony ESPN in India from 20:00 IST. You can also watch live action on High Definition (HD) channels of this respective networks.

United Kingdom based viewers can tune to Sky Sports 2 or Sky Sports 2 HD to watch live broadcast of Delhi Daredevils vs Pune Supergiants match on Thursday from 15:30 UK Time.

The live score of Delhi Daredevils vs Rising Pune Supergiants 33rd game of Vivo Indian Premier League can be taken from espncricinfo.com, cricbuzz.com and iplt20.com.