England set to play South Africa in three T20I matches series beginning from 21st June. First Twenty20 game will be played at Southampton and it will kick off at 18:30 local time, 17:30 GMT and 23:00 IST. Live streaming of England vs South Africa 1st T20I can be watched online on hotstar.com and Sky Go. 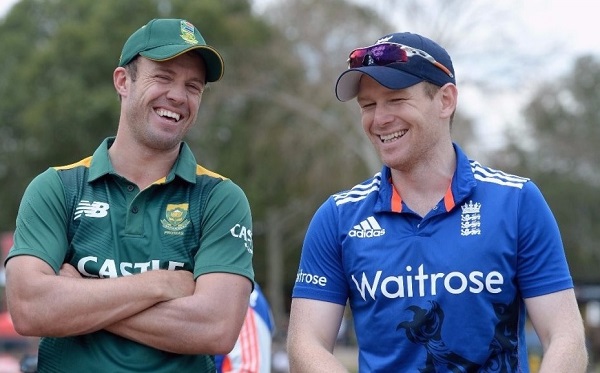 Winning ODI series, English side will aim to beat Proteas in T20 series. Both England and South Africa have made changes to their rosters and included young players. Key players have been rested from both sides, hence it will be a perfect opportunity for young talent to perform at the big stage.

Liam Livingstone, Dawid Malan, Mason Crane, Tom Curran and Craig Overton are the new faces in English T20 roster for South Africa twenty20s. Meanwhile Proteas are coming into the series without Duminy, Faf, Amla and Rabada. Hendricks, Phehlukwayo, Mosehle and Smuts have got a good opportunity to play for nation and perform to earn places for future tours and events.

So far 12 T20Is have been played between two nations in which Africans have got upper hand as they won 7 games meanwhile England just managed to beat Proteas on 4 occasions.

The live cricket streaming of ENG vs SA 1st twenty20 match will be shown on Sky Sports official website and it’s app on mobile phones. India based viewers can watch live telecast online on hotstar.com.

To catch live coverage on television, one can tune to Star Sports Select 1 in Indian sub-continent. Sky Sports will telecast England vs South Africa 1st T20I in UK region from 6:30 PM local time.