England and South Africa to meet in the second twenty20 match of 2017 T20I series today at Country Ground in Taunton. Live England vs South Africa 2nd T20I cricket streaming and telecast has been scheduled to begin at 17:00 local time, 16:00 GMT and 21:30 IST. 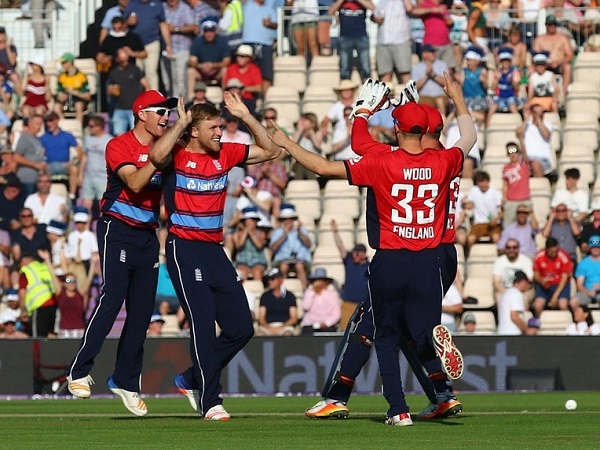 English side will look to seal another series win when they will play South Africa in the second T20 match of three-match series. Eoin Morgan & Company is already leading the series by 1-0 and if wins tonight, they’ll get 2-0 victory lead in the series.

Visitors are playing with a young side and we can also say the same for hosts too. Despite this, England team performed well in the first match and claimed a 9 wickets victory. For that lose, Proteas can blame only themselves as they didn’t put good score on the board. Just 142 runs in 20 overs.

Skipper Ab De Villiers smashed 65 while Behardien made 64. But these scores were scored not at good pace that really hurt South Africa. ABD played 58 balls meanwhile Behardien played 52. Well these two will look to improve their strike rates today to lead the side towards crucial victory.

On the other hand, English bowlers did fantastic job as debut-ant Mason Crane spent 24 runs in 4 overs quota meanwhile Dawson just conceded 17 runs in his full over bowling quota. In the batting department, Bairstow scored excellent 60 runs in 35 balls to lead the side towards victory.

Hence we can expect a cracking match tonight between England and South Africa. Let’s have a look at the probable playing lineups for England vs South Africa.

England cricket teams looks favorite against South Africa in the second twenty20 match and they have got 65 percent winning chances at Taunton.

The live cricket telecast of England vs South Africa 2nd twenty20 international match will be shown in Sky Sports Network in United Kingdom region. Live streaming can be watched on Sky Go.

India based viewers can tune to Star Sports Select 1 to catch live coverage of ENG vs SA 2nd T20. To watch live streaming online, one can go to hotstar.com.

The live score of ENG v SA 2nd T20 game will be provided by espncricinfo.com and cricbuzz.com.