England are set to host West Indies for the only twenty20 cricket match that will take place on 16th September 2017 at Riverside Ground in Chester-le-Street. The England vs West Indies live T20 match streaming has been scheduled to begin at 18:30 local time, 17:30 GMT and 23:00 IST.

2016 ICC World T20 finalists West Indies and England are keen to take on each other in the only t20 match today at Chester Le Street. It’s gonna be an exciting game as English team defeated Windies by 2-1 in the test series and West Indies will look to get in the form before starting of ODI series.

West Indies have to get excellent form in the One Day series as they need to win the series by 5-0 or 4-0 to qualify directly for 2019 cricket world cup. So it will be a key match to get practice for ODI series starting from 19th September. 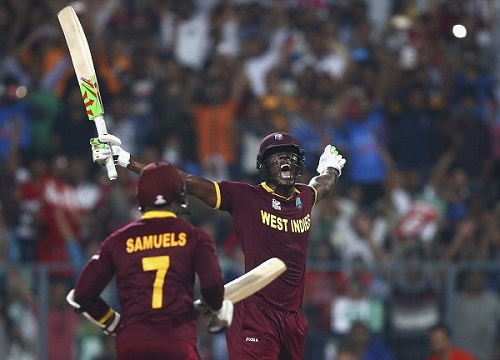 West Indies skipper Carlos Brathwaite who stole WT20 trophy from England’s bag last year, is determined to perform well against hosts to show his 4 sixes in the final were just not only for one game. He said he could deliver more when team requires.

Brathwaite said, “It’s something I can’t get away from…they even have us playing at his (Stokes’s) home ground. Social media won’t let me forget it, there’s been a few videos going around of late. It wasn’t just a boundary or a six, it was four in a row. It was on the stage it was, it was against England and in India.”

England cricket team looks favorite to win against West Indies in the one-off T20 match tonight and as per our predictions, English side has got 60 percent winning chances.

The live streaming of England vs West Indies 2017 T20 match can be watched online on hotstar.com from 11:00 PM as per Indian Standard Timings. Star Sports Select 2 to broadcast live match on television in India.

The live cricket match score of West Indies vs England T20I game will be provided by espncricinfo.com and cricbuzz.com.