Indian cricket team to play Australia in three Twenty20 International matches in October 2017. The India vs Australia T20I series has been scheduled to play between 7 and 13 October. However Australia’s tour of India 2017 consists of 5 One-Day matches as well which are due to play before 20-20 series. 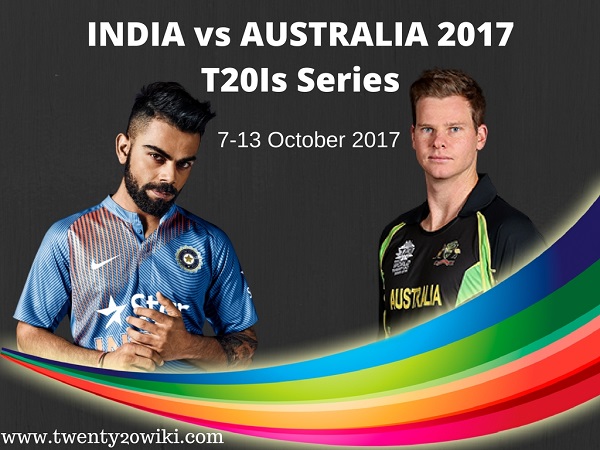 The opening match of T20 series will be played on 7th October at Ranchi. Meanwhile second and third twenty20 matches to take place on 10 and 13 October in Guwahati and Hyderabad respectively.

What do you think who will win twenty20 series between India and Australia? Share your thoughts in comment section.