The second T20 match of Independence Cup 2017 between Pakistan and World XI is scheduled to play tonight at Lahore’s Gaddafi Stadium from 19:00 local time. In the first match of series, Pakistan defeated World-11 comfortably by 20 runs and hosts will look to win the series by winning tonight’s match.

ICC Champions Trophy 2017 winner Pakistan team played their first time after England’s glory and it was fantastic game other night. South Africa’s Faf Du Plessis will be leading ICC’s World-11 in the series which is going to be the historic moment in Pakistan. 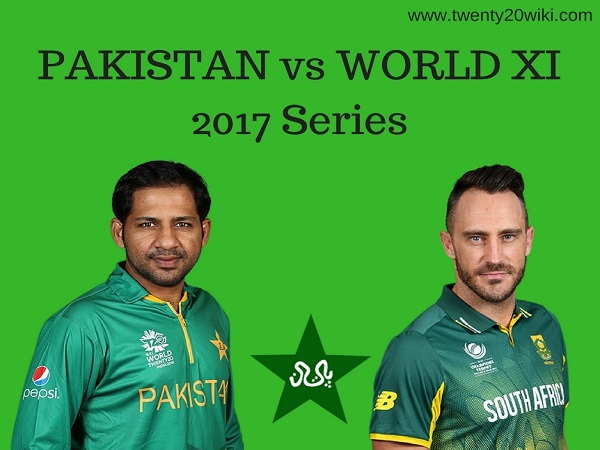 Pak batsmen smashed the ball all over the park and put up 197 runs on the scoreboard after completion of 20 overs. Local boy Babar Azam was terrific as hit 86 runs in just 52 balls that includes 10 fours and 2 sixes. Thisara Perera was the expensive bowler for team world XI as he spent 51 runs in 4 overs bowling quota.

For World XI, their middle order needs to click and well today to win against inform Pakistan. Faf Du Plessis, Miller, Elliot and Paine need to score runs at good pace to put up a great show against Pak. To make series alive, World-11 needs to register victory tonight and let the proceedings for 15th September.

World XI looks favorite tonight against Pakistan in the second T20 match of Independence Cup 2017. As per our predictions, World-11 has got 55 percent winning chances.

Who will win 2nd Twenty20 of Pakistan vs World XI series 2017? Share your thoughts in comment section.

Previous: How to buy Tickets Online for Pakistan vs World XI 2017 Series?
Next: Rashid Khan joins Adelaide Strikers for BBL-07