Royal Challengers Bangalore and Gujarat Lions are set to take on each other second time in this 10th season of Vivo Indian Premier League on 27 April. Both teams have been facing a mixed 2017 Indian Premier League campaign. RCB and GL are having good names in the side but not able to perform well on regular basis in the tournament so far. 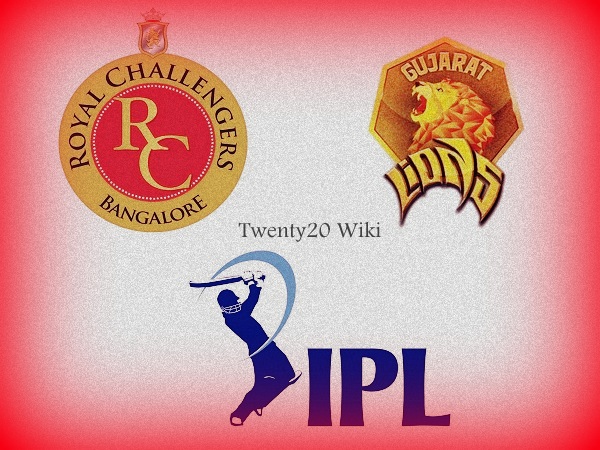 Before few days back when these two clubs met, Royal Challengers posted 213 runs on the scoreboard with the help of Chris Gayle and Virat Kohli’s half-centuries. It was really a classical performance from Bold team but after that team just scored 49 runs against KKR before getting all-out. Hence Bangalore need to comeback in the season to make chances for playoffs.

On the other side, Gujarat Lions are expected to play with the same playing XI. McCullum and Smith have to score runs meanwhile Raina and team management should promote Jason Roy at the top of the order. James Faulkner may also get a chance in the match if team thinks to make a balance in bowling and batting.

M. Chinnaswamy stadium pitch is a batsmen supportive wicket and we can expect high scoring match here. The projected score on this ground is around 170 while batting first in the 31st game of Indian Premier League 2017.