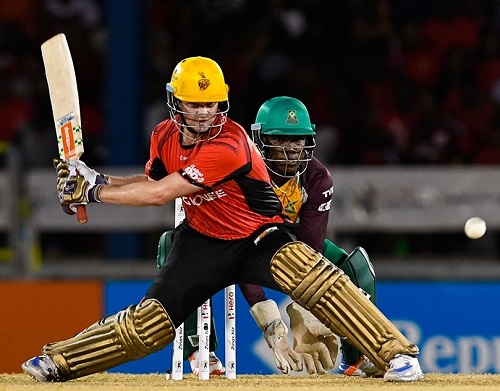 This is going to be second meeting between two teams as previously both teams met in the 5th match of championship in which Guyana Amazon Warriors defeated Trinbago Knight Riders by 6 wickets. Colin Munro scored brilliant hundred in that match to lead T&T side towards a total of 162 runs in 20 overs.

Unfortunately TKR lost that game as Chris Lynn smashed 77 runs in 43 balls with 8 huge sixes in the innings. Title defending champions Knight Riders have been going through poor performance as they have lost 4 matches in this season meanwhile just managed to win one game.

On the other side, Guyana Amazon Warriors have won all the matches played so far and are at the top of points table. In a recent interview, Dwayne Smith said that home crowd is supporting a lot and it really helps players to perform well and play well.

Smith said, “It’s great to see the people coming out and supporting their home team and I hope the guys can keep on performing the way they’re performing. That boils down to the guys looking after themselves and taking care of what needs to be taken care of. A lot of the guys are international players and we know how to deal with ourselves, so it’s up to us to keep our consistency and keep winning games. I’m sure that we can be the top team.”

Guyana Amazon Warriors will be favorites to win against Trinbago Knight Riders in the 11th match of Hero Caribbean Premier League fourth season. As per our predictions, GAW has got 60 percent winning chances over TKR.

The live score of Guyana Amazon Warriors vs Trinbago Knight Riders CPLT20 2016 cricket match will be provided by cricbuzz.com and espncricinfo.com.